April 2022 – A Cow in the Water Release “The Adventures of Knight Lady” EP. 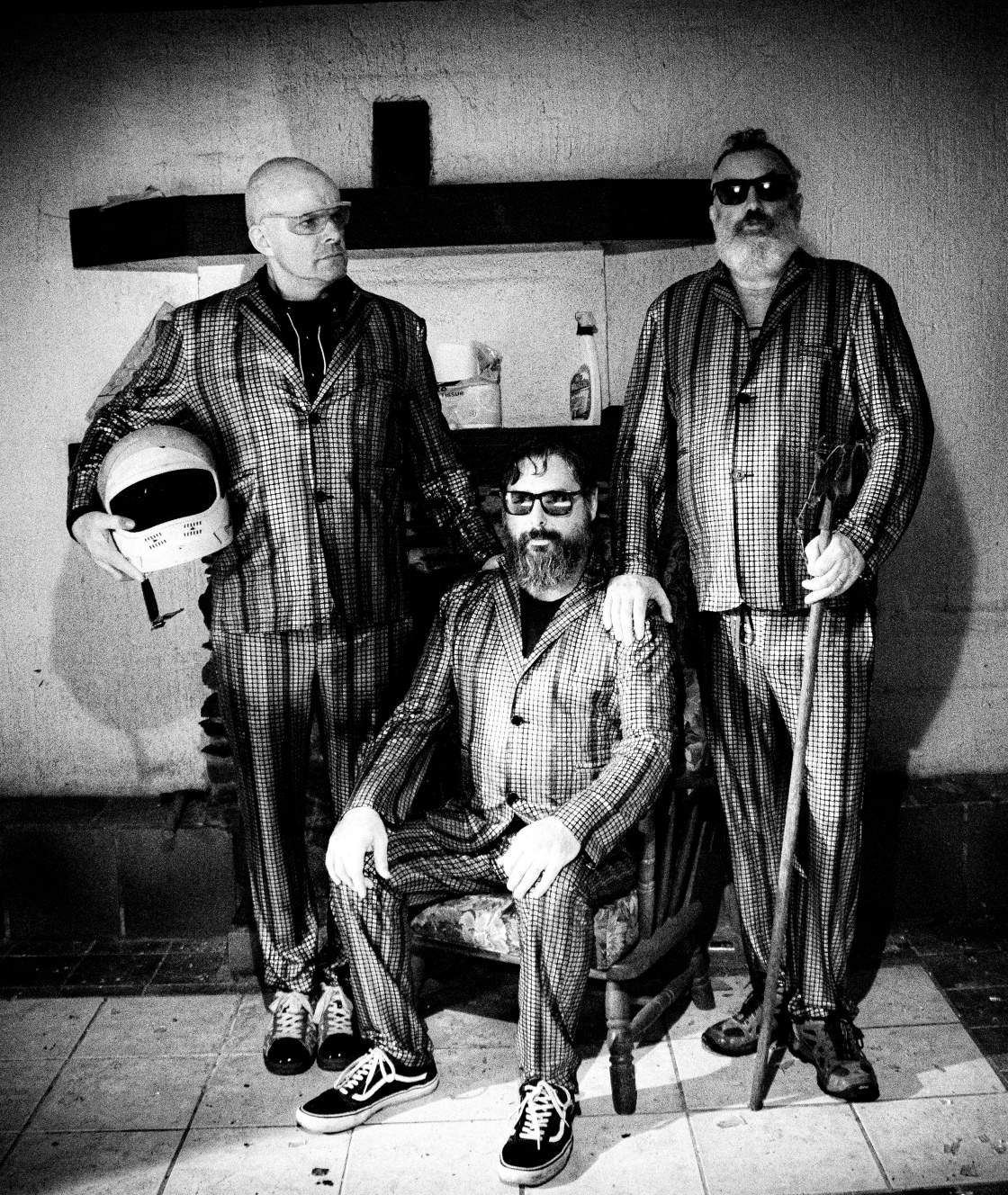 Aug 2021 – A Cow in the Water release “Dark Country Jamboree”. An album containing a mixture of songs recorded live in their West Cork Studio.

2021 – A Cow in the Water kick off the New Year with the release of the latest single “O’ Preacher” from their forthcoming new album “Dark Country Jamboree”. Release date planned for 11th January. 2019 – A Cow in the Water have returned with a new single “Dirty Basterds” and with the release of “Hitchhikers May Be Escaping Inmates” on Spotify and iTunes.

2020 – The Cows return to their post-punk and country roots with two new albums. Currently in the Recording Studio finalising our tracks….

2020 has proved to be a very productive year for the “Cows” in spite of the tragedy of COVID-19 and the subsequent restrictions. Planned performances have been cancelled but work has continued on new material, including a number of new releases….. 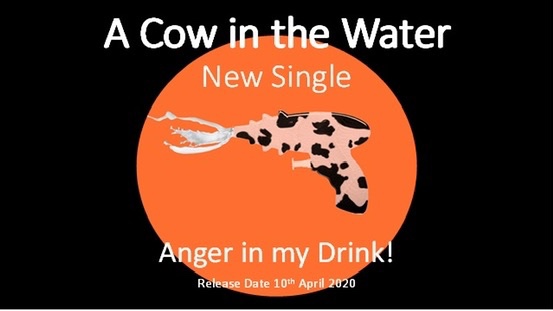 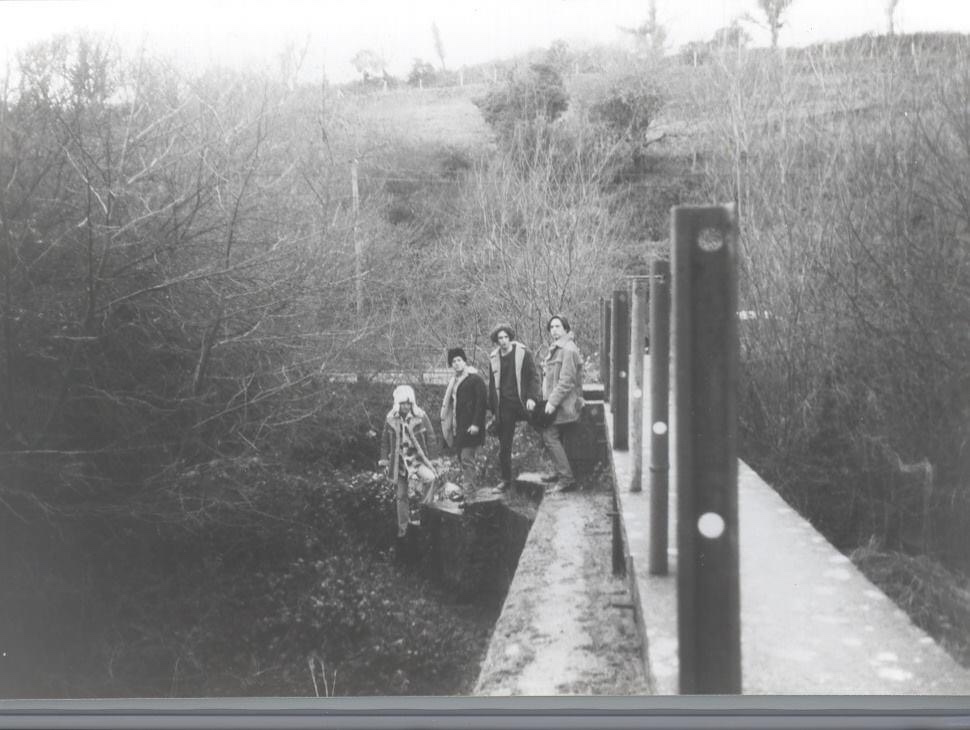 “Sometimes” dedicated to Aidan O ’Connell and the O’Connell family

June 2020 – A Cow in the Water release a new single “I Want to Hit Him”, finalised during the COVID-19 lockdown in Ireland.

Work continues on our LPs, with hopes to release towards the end of 2020

Coming soon – Two New Albums from A Cow in the Water

In the pipeline is the completion of the country album “Dark Country Jamboree“, containing hits such as, “Woods“, “Working Man” and “Anger in my Drink“.

Additionally, they are completing their new mank rock album “Ireland’s Wonderful Heritage“, containing tracks such as “Knight Lady“, “Black Crow“, “Is it Possible“, “Break my Bones” and the killer title track and many more.

We hope you enjoy. 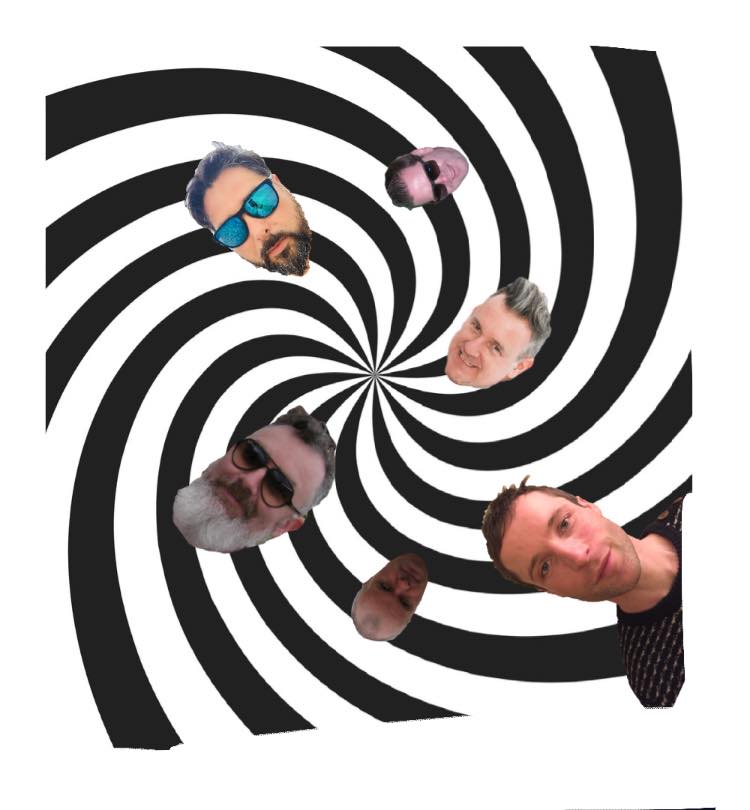 A COW IN THE WATER

The Creative Forces of Blarney Mank Rock are back! Touring and recording new material and entertaining audiences from Cork to Turin!

Be prepared to laugh, cry and sing along to an unforgettable show.

Coming to a venue near you soon!

A COW IN THE WATER were an integral part of the Cork live music scene in the late Eighties and early Nineties and were regulars at venues around the country. Formed in Blarney, County Cork, their eclectic musical influences include Stump, Half Man Half Biscuit, The Fall, The Smiths, Johnny Cash, Porter Wagner and Madonna, which permeates their sound. 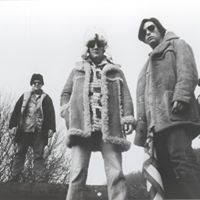 During this period, they recorded a number of EPs, “Zodiac Vomit”, “Liver” and the hugely successful “That’s Not Your Finger”. Renowned for their over-the-top stage shows and quirky sound, they combined hard driven guitar rock with brass overtones to produce a genuinely original sound. Aidan O’Connell, the band’s frontman, passed away in 1996 effectively calling an end to almost 10 years of live performances. The remaining band members went on to separate projects, but occasionally gathered for impromptu performances. 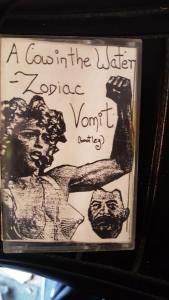 On the 10th Anniversary OF Aidan’s death, the band remastered and released a posthumous LP entitled “Hitchhikers may be escaping inmates”, which combined previously unreleased material with some of Aidan’s own original work. 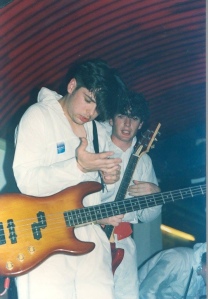 In late 2017 A COW IN THE WATER reformed with previous “Emperor of Ice Cream” Drummer John Lynch and began work on a new LP. They played the Crane Lane Theatre, Cork on 9th December 2017, in memory of their lead singer, Aidan O’Connell, who sadly passed away twenty years previously, with all proceeds from the show going to Pieta House. The performance sold out weeks in advance, with fans from all around the globe returning to Cork for the show, encouraging The Cows to continue to write and record new material.

The Examiner wrote… “The Crane Lane Theatre was the perfect venue for their return to live performance. The combination of velvet curtains, inflated rubber cow’s udders and stage lighting created the atmosphere of a David Lynch film. Impeccably dressed in hand embroidered suits, “The Cows” created an avant-garde performance of alternative-pop, playing all of their hits and some more recent tunes. The band produced a solid performance, with the inflated rubber udders flying through the air to hits such as “Let’s go to the pub”, “Rasher” and “Memphis”. They were joined on stage by special guest Tony O’Diamond and by their newest member, John Lynch (ex “Emperor of Ice Cream”).” 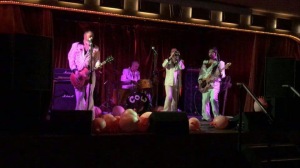 Following their appearance at The Crane Lane Theatre, the band received a number of offers to perform during 2018. To support ongoing studio work and the future live performances, Sean McDonnell (frontman for Pontius Pilate and the Naildrivers) joined A COW IN THE WATER in early 2018 as lead vocalist. Sean, a long time friend of the band and talented performer in his own right, fits perfectly into the new line-up.

A COW IN THE WATER continued to perform into 2018 with number of performances in Ireland, the UK and Italy. Commencing with “Its Takes a Village” at Trabolgan Holiday Village in April and closing the year with an annual review in December at The Crane Lane Theatre.

Recent releases are now available on Spotify, iTunes and other platforms. The Cows are currently completing two new albums “Dark Country Jamboree” and “Ireland’s Wonderful Heritage”, which continues to show their wide influences and styles. Their latest single goes back to their punk rock roots, with stinging lyrics and driving guitars.

Check the “A Cow In The Water” Facebook Page for future shows and new releases. @acowinthewater